"Mountain.Four.Elements" - The mountains with their impressive dimensions and sometimes intimidating shapes have always caused controversial feelings in human beings. 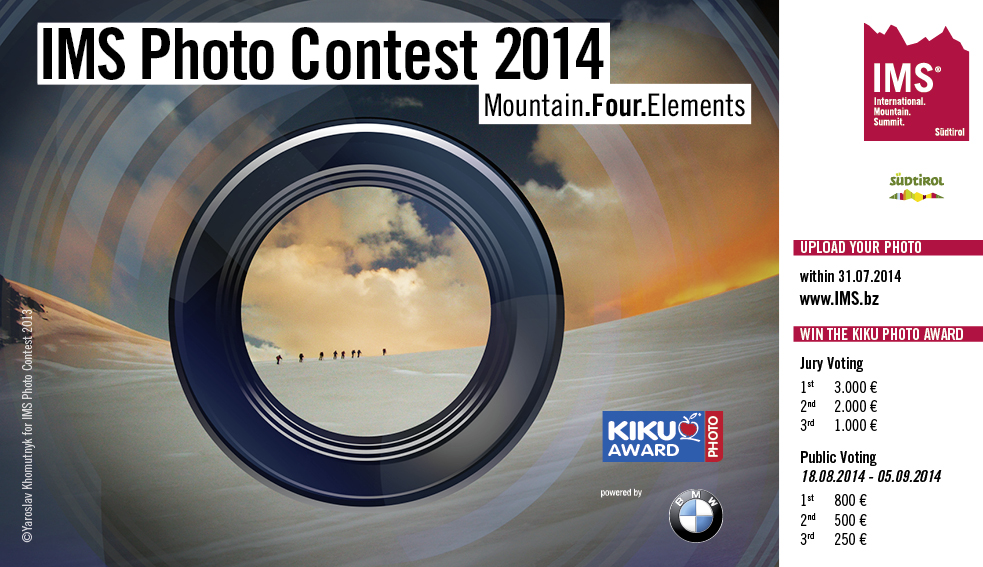 The mountains with their impressive dimensions and sometimes intimidating shapes have always caused controversial feelings in human beings. For some they have a rather frightfully monumental effect, other are fascinated and attracted by them. The mountain appears immutable. It is the interplay with the nature, which creates always new perspectives and captivating spectacles

Earth. Water. Air. Fire.The four elements shape the rock and design new and spectacular forms. Venture out, to the most remote places on earth, looking for particular snapshots of the mountain in play with one or more of the 4 elements. Thunderstorms, clouded sky, pristine springs, ice needles, ray of sunlight, lava flows and more…The 4 elements present themselves in endless forms and acts. But don´t forget the protagonist of your picture should be the mountain.

Send us your best picture and win the KIKU Photo Award for a total value of 7.800,- Euros.

Since 2012 the apple brand KIKU confers the KIKU Photo Award to the winners of the IMS Photo Contest. The prizes amount to 7.800,- euros and are divided in three categories: winners of the Jury-Voting, of the Public-Voting and winner of the Facebook-Voting.

The prizes of the JURY-VOTING

The prizes of the PUBLIC-VOTING

The prize of the FACEBOOK-VOTING